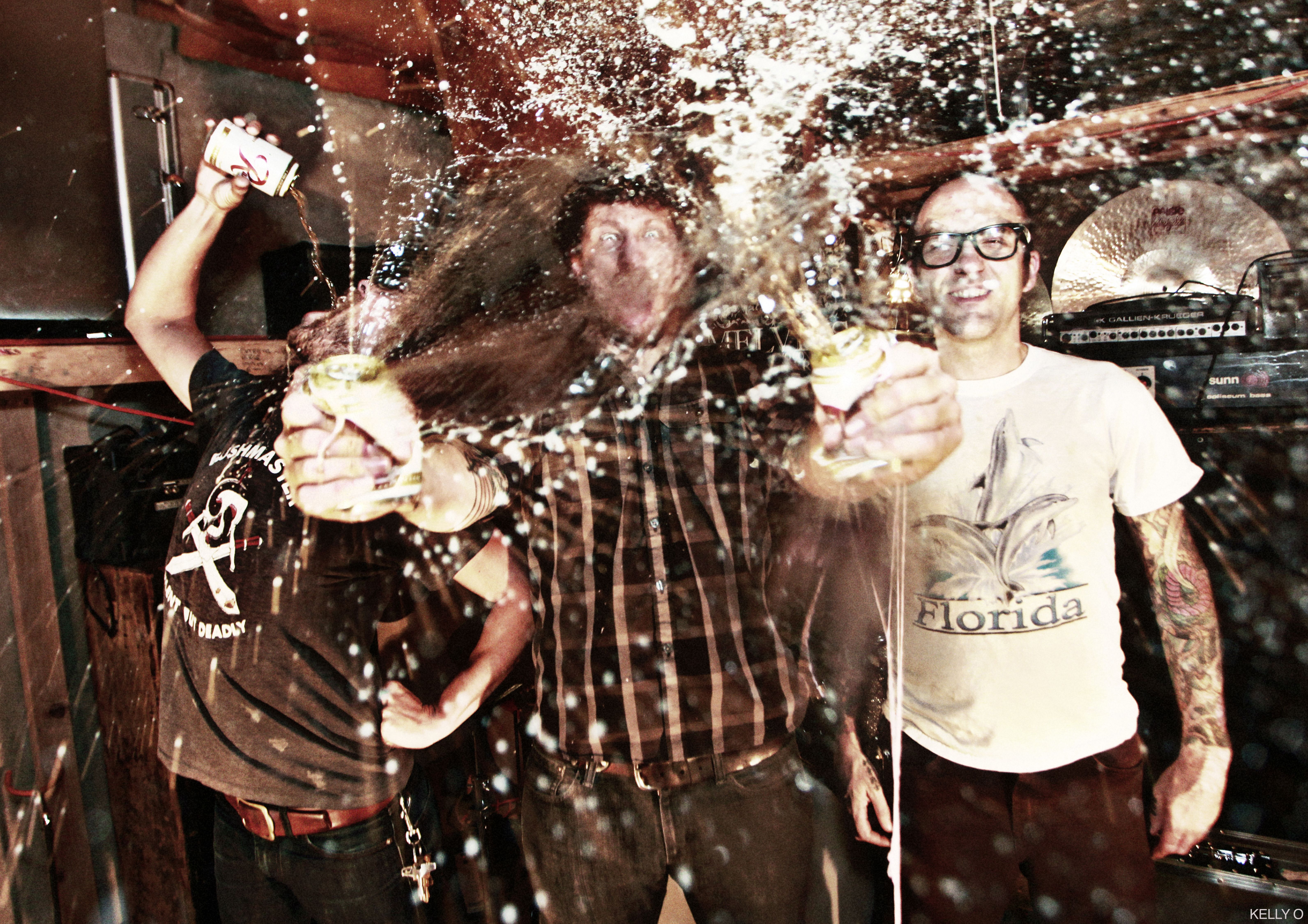 At one time in the not-so-distant past, the Pacific Northwest was known worldwide for the loud, heavy sounds. Although the international notoriety may come and go, there still remains a core of artists stoking the forges of Seattle.

For over a decade, SANDRIDER has refused any calling other than that of the fiercest, grittiest, most riff-heavy rock band imaginable. With every instrument given equal weight, Sandrider achieves a powerful and dynamic sound in the vein of Melvins and Unwound.

Sandrider brings guitarist/vocalist Jon Weisnewski and drummer Nat Tam together with bassist/vocalist Jesse Roberts to pour another layer of cement on Seattle's crushing legacy. Weisnewski and Tam, 15-year veterans of the punk-sludge trio Akimbo, have released albums on Alternative Tentacles and Neurot, while Roberts has toured and recorded with The Ruby Doe and Kid Congo Powers.

Although the music business is a cesspool, and getting ahead in it just means wading deeper in the shit, the best bands have never been the ones that cared about 'getting ahead'- and the best records have always been the ones made in defiance of industry standards.