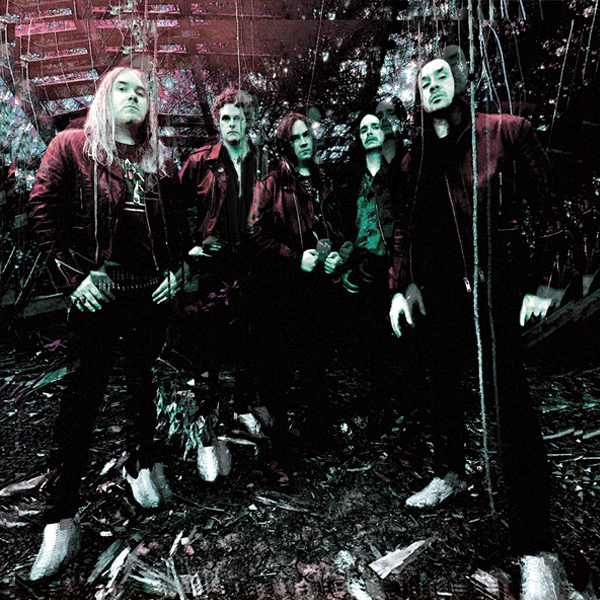 DARK MEDITATION may hail from Seattle, but their sound is steeped in traditions associated with other corners of the globe — England’s working-class cities, frosty Scandinavian towns, Southern California meccas of the ‘80s. Or as the band puts it, DARK MEDITATION sounds like the bastard amalgamation of Mercyful Fate and Judas Priest fighting it out on the Sunset Strip while Samhain and Killing Joke cheer them on.

While such reference points may suggest a nexus of evil kitsch and arena-level theatrics, the band’s debut album Polluted Temples comes from a place of down-and-out urgency and punk ethics, adopting the gloomy anthems and riff worship of heavy metal titans for their sonic exorcisms rather than their rock n’ roll panache. It’s an album that basks in big hooks, righteous guitar work, and an arena-level stomp without compromising any grit, grime, or guts.

"Killer Seattle combo rife with some Venom stomp, storming riffs and some lofty/heavy/dark vibes from singer A.D. Vick. Definitely smatterings of British Steel and Hollywood sleaze, even blasts of black metal all boiled down here into a fine presentation..." — Gimme Metal

"These Seattle-area rockers combine gothic rock, mid-tempo classic metal, and horror punk tropes to significant effect. Loves of Danzig and Christian Death may find as much to love here as contemporary lovers of Tribulation and In Solitude." — Consequence of Sound

"Here, mid-tempo hymns are born from occult heavy metal in the vein of Danzig or Mercyful Fate, then sprinkled with Killing Joke’s post-punk gravity, goth rock vibes, and the occasional synth highlight. Taken together, it makes for an intoxicating listen." — Pop Matters

“It pounds the pulse, drives the head, and the soloing will make you want to hoist those invisible oranges toward the rooftops. Great vocals too, with enough grittiness and extravagant demonic flare to avoid running afoul of the ‘rule’ in our site’s title.” — No Clean Singing

"This is a band that’s confident in the path it’s following, and it isn’t a well-worn one. Polluted Temples actually gives us hope that 2022 has some upside beyond, “at least it’s not 2021.” — Decibel Magazine